Head For The Hills: Honey Hills

Head For The Hills: Honey Hills

Watch this scene »
Honey Hills made her SCORE magazine debut in the April 1995 issue, a classic edition dominated by Busty Dusty, starting with the cover shot of Dusty wearing a gigantic bra and an English horse riding cap. In addition to Dusty, the issue starred SaRenna Lee, Tawny Peaks and Angelique together in The Bahamas, plus Alexis Love.

Honey was a long-legged, tall one at 5'11" without the spike heels. She was living in Tampa, Florida at the time and dancing in strip clubs. When not swinging her boobs in the faces of the club patrons, Honey spent afternoons at the beach, liked to ride horses and work out at the gym to keep her body stripper-slim. Dancing also kept her trim. 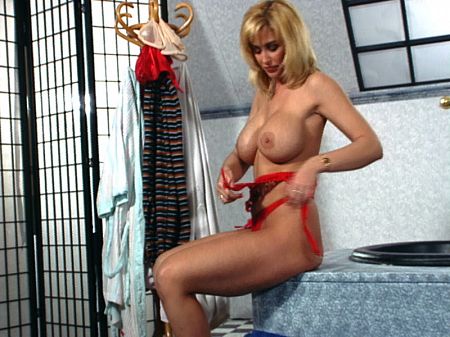