Watch this scene »
When the great legends of big-bust stardom of the 1980s and 1990s are listed, Jeannine Oldfield must be on that list. Along with Lisa Phillips, Stacy Owen and Nilli Willis, Jeannine was one of the few to do hardcore with men, or "full sex" as it was, and still is, called in the UK.

Why "full sex?" In those days, US newsstand magazines didn't show penetration photos. British law prohibited showing erections. US magazines could publish a cock a few inches from the mouth or pussy in a "moment of impact" photo. To this day, the "UK editions" of magazines sold in newsagents shops follow specific guidelines for publishers, although UK & US hardcore magazines are openly sold now in many British newsagents. The British Board of Film Classification must permit and certify any video before it can be sold in the UK. 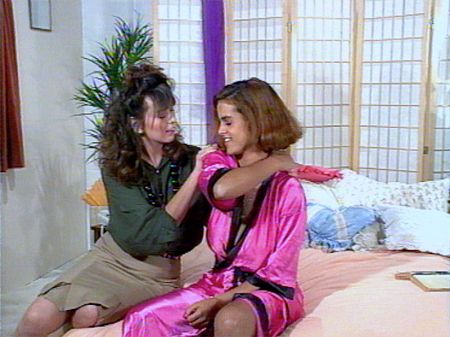 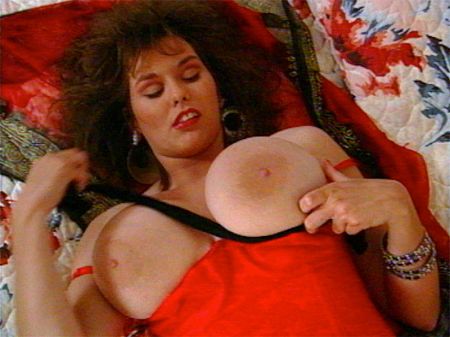 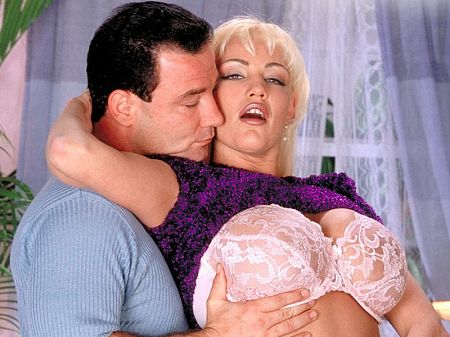 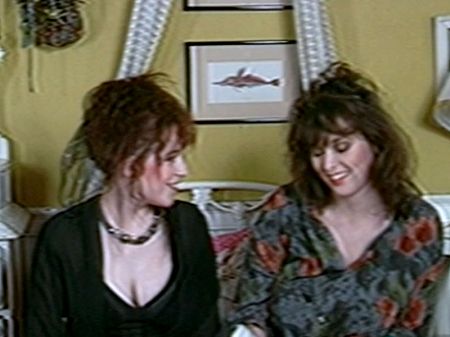 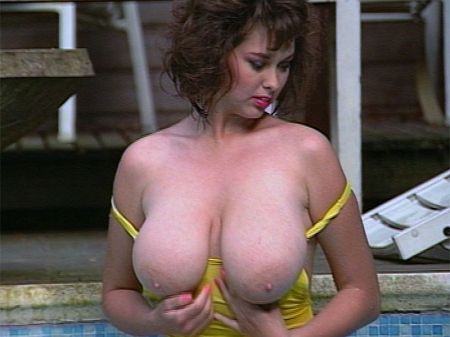