Watch this scene »
A rare bodybuilder and muscle contest winner among SCORE Girls, Lacey Legends first posed in early 1992. Her first appearance was in the November 1992 edition in an unusual photo shoot with Deena Duos playing cowgirls riding a horse in the California desert. Deena had not yet supersized her boobs. 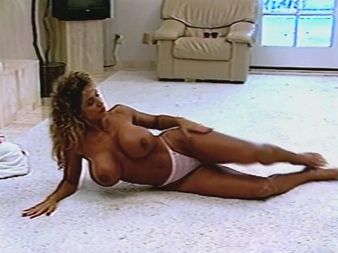