Watch this scene »
Michelle Willings applies for a job, but instead of taking numerous aptitude tests, all Michelle has to do is show the manager her striptease routine on his desk and the deal is sealed. What a wonderful world it would be if all hiring practices could be conducted this way.

We've called Michelle "the English Danni Ashe." She was the cute, perky girl-next-door with naturally big but not huge boobs, a pretty face and an approachable look in her photo shoots.

Michelle's photos were published in countless men's magazines (sometimes under different names chosen by the editors) and she was the covergirl of April 1995 Voluptuous magazine. Every tabloid newspaper that published pictures of pretty girls showcased Michelle, and she also did the London nightclub scene. Read More »
5.0/5 Stars
Featuring: Michelle Willings
Date: December 14th, 2021
Duration: 09:18 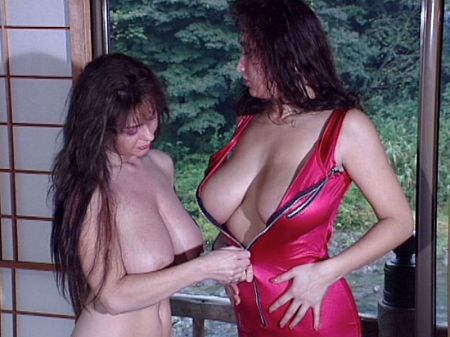