Watch this scene »
In this classic pairing filmed in Sanibel Island, Florida, Wendy Whoppers and Lisa Lipps make a mess in the kitchen.

Wendy was 24 and had been dancing fresh out of high school when this video was filmed. Besides stage, video and magazine appearances, Wendy was well-known to TV chat show audiences. There were many of these television chat shows in the 1990s. They often had antagonistic people in the studio audience putting the big-bust girls down.

"I've been on Richard Bey, Montel Williams, Jane Whitney and many more," said Lisa. "When people say something to me, I don't back down. I won't let anyone say anything to me and get away with it. Only part of the crowd is usually hostile.

"When I go home, I spend the majority of my time going through fan club mail and writing letters. That takes forever so my leisure time I really cherish. I don't go out publicly a lot because I'm not into all that attention. Lisa's the opposite. She loves the attention. Lisa will wear the little tiny… Read More »
5.0/5 Stars
Featuring: Wendy Whoppers
Date: August 22nd, 2017
Duration: 14:19 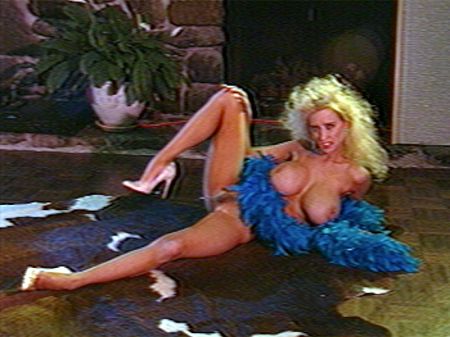