The Sierra Mountains Brought Pleasure To Many

The Sierra Mountains Brought Pleasure To Many

The editor of Voluptuous mag has pointed out many times that Sierra has one of the most attractive pussies he's ever seen up-close and he loved to see her spread her pussy wide. "In my head, I'm Sierra and I love it. Like Batman never thinks of himself as Bruce Wayne, just as Batman when he's wearing his costume, that's how I think of myself," Sierra told him in an interview published in November 2002 Voluptuous.

"The real Sierra is very shy. I hate talking to people without looking into their eyes. I avoid the phone as much as possible. It makes me nervous. I hate it when people walk up to me and… Read More »
4.7/5 Stars
Featuring: Sierra
Date: June 22nd, 2021
Duration: 40:43
See the Photos 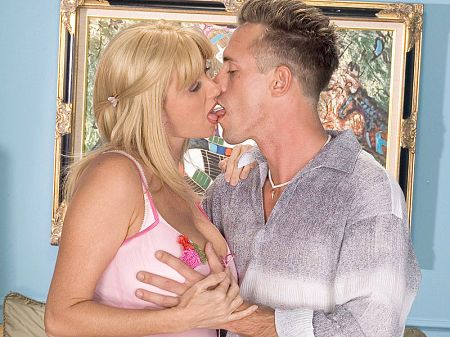